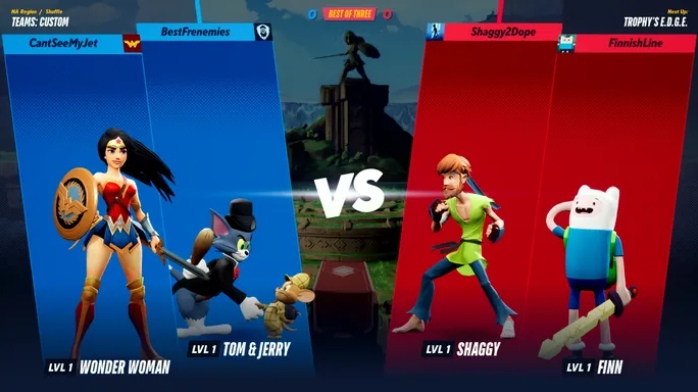 WB Games recently announced that MultiVerses would soon be in Open Beta! This new platform fighter features a star-studded cast of characters and heroes from the WB Multiverse. Each character has its own MultiVerses voice actor.

Each fighter is voiced in MultiVersus, unlike the Nickelodeon All-Star Brawl with its silent characters. Most cases have the voice actor tied to the character in some way, such as having voiced them in animated spinoffs. Mel Blanc will not be reprising his role as Bugs Bunny, but Matthew Lillard will still bring Shaggy to life.

Warner Bros. promised multiple seasons of new content. We may see many more characters in the future, especially if old leaks are any indication.

This list will be updated as new actors and characters are added.

WB announced that variants of certain characters would be available, along with voice actors, in addition to the core cast. These are the characters we know so far.

We are confident that there will be many more characters. So we’ll update this list as new voice actors are added.

Open beta is just around the corner. Make sure to check out our MultiVerses Character Tier List. You can access the beta through the one-week Early Access period by following our MultiVerses Twitch drop guide. If this interests you, check out the Global League of Legends Star Guardian Event details.