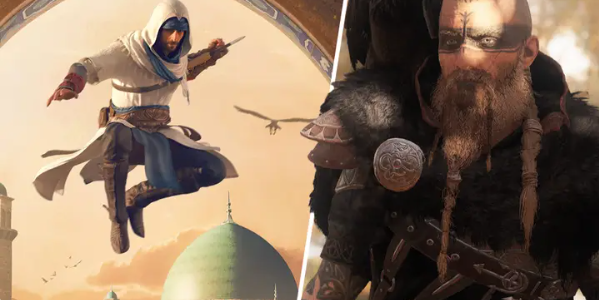 ‘Assassin’s Creed Mirage’ Hero May Have Already Appeared in ‘Valhalla.

‘Assassin’s Creed Mirage’ Hero May Have Already Appeared in ‘Valhalla.

We were adamant that the next Ubisoft title would be revealed in the Ubisoft Future. But, as they say: Christmas came too early. Ubisoft has confirmed that Assassin’s Creed Mirage will be the next title in the franchise. Although the accompanying artwork seemed to show an unidentified assassin, fans now believe it could be A Assassin’s Creed Valhalla.

Did you see the trailer for Where Winds Meet? This trailer is a must-see for Assassin’s creed lovers.

Gamesradar reported that the unnamed character in Mirage could be Valhalla’s Basim. Let me tell you who this is. However, it does not mean that Vahalla spoilers lie ahead. We’ve warned you. Basim was born in Baghdad, where he joined The Hidden Ones to train as an assassin. Basim had previously spent time in Constantinople, England, before the events at Valhalla. Basim, the human reincarnation of Loki’s Loki, sets out to exact revenge on Odin.

Many fans believe that Mirage is Basim’s younger self, given that the character has links with Baghdad. Reddit user socialistbcrumb said, “There’s quite a bit of intention in this art.” The more spartan Altair-esque uniform is drawing Basim in mid-air assassination. Basim is a target in the crowd. AgentOfASignal said, “That picture shows Basim.

Others also shared their confidence. Icey Storm commented, “That’s Basim?” with UnderratedNightmare speculating that the game might be about “when Basim was focused on being a Hidden One” and n”t seeking revenge on Eivor. This is certainly convincing. Ubisoft, can you tell us more?