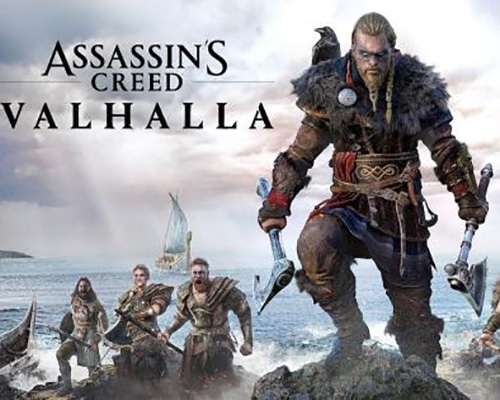 The story is historical fiction and based on historical facts. It takes place in the Viking era. There are many optional side missions and the main story quests.

The player assumes the role of Eivor, a Viking robber who leads his Viking friends against Anglo-Saxon kingdoms. You can choose to play Eivor either as a man or woman. Eivor can also be customized with hair, armour, and tattoos.

Sync, the player’s companion, is a raven called Old Norse. It can scan nearby areas and identify enemies or other aspects of the game environment before Eivor enters the battle. The stealth aspect will be prominent in combat and when exploring the game world.

Social camouflage, a concept from previous games of the Assassin’s Creed, will be back: Eivor can not just hide from enemies in stationary objects but also can pull down his hood to slip into certain crowds to conceal it. Eivor can use his ravens and kill the district guards. He can also access a hidden knife for assassination attempts almost immediately. Each of the main boss characters can be killed by one attack using a combination of tactics and weapons. However, there are many other methods to defeat them.