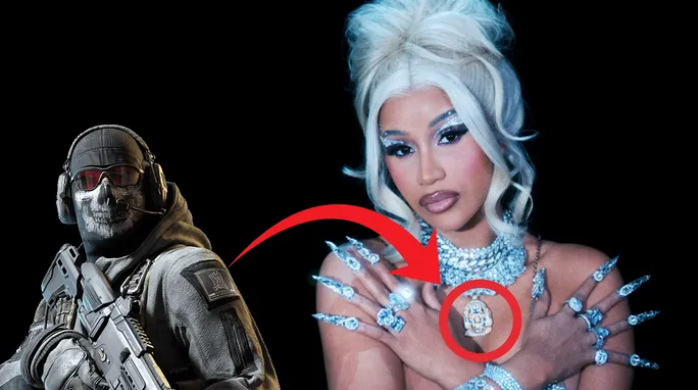 Modern Warfare2 by Cardi B Sports

Recent celebrity appearances were in the form of a Modern Warfare 2 trailer, where Pete Davidson and Trae Young became Task Force 141 members.

Fans are expecting Infinity Ward’s unveiling of more information about the campaign as well as the multiplayer in the coming weeks. Cardi B, the rap sensation, is the latest celebrity to join Call of Duty. Cardi B wore a Ghost necklace.

Cardi B enters the Call of Duty Universe.

Fans were quick to spot a necklace with diamonds from Task Force 141 members in the music video for Hot S**t.

The Call of Duty Twitter account posted shortly after that a video explaining the creation of this unique piece of jewellery. As you would expect, it’s all about the details.