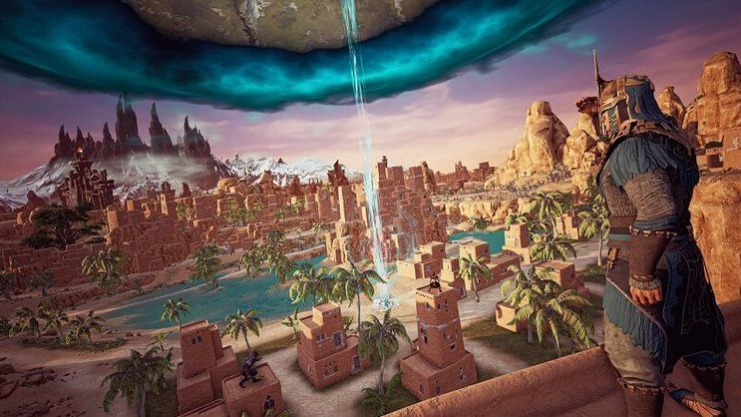 CONAN EXILES UPDATE 4.0 USHERS IN THE AGE OF SORCERY LATER THIS YEAR

Funcom, publisher and developer, today announced that Conan Exiles update 3.0 is in the works. It has also set its release date for later this year. Its launch marks many significant changes in survival games and ushers the Age of Sorcery which marks the transition from a seasonal model for post-launch content.

Conan Exiles Age of Sorcery allows you to wield the power of magic as long as you are willing to pay a fee. Cast spells, become invisible and call upon the power storms to summon unholy creatures. However, you must be willing to sacrifice some of your health and stamina to cast them.

You will need to find sorcerers to unlock sorcery. You will eventually find the Tome of Kurak. This item unlocks sorceries through the combination of particular pages at the Thaumaturgic Bench.

As thralls, sorcerers can force you to search pages for them. It would help if you first equipped staff to cast sorceries. Next, choose the words you want to use from the runes before you.

This can corrupt you, and you can tap into the dark power to put points of corruption strength and vitality.

Every milestone is marked by corruption. This perk can create a particular sorcery version that works with your dark new powers.

Update 3.0 adds depth to character progression and rebalancing attributes. It also lets you specialize further by offering perk options for each attribute.

The game’s build system will also be redesigned. This will give it a more user-friendly interface with keyboards and controllers.

A new Creative Mode will be added, which allows you to channel your inner architect without worrying about movement restrictions or material limitations.

Followers will be able to make tweaks, and new crafting materials and placeables that are sorcery-themed will also be available once the Age of Sorcery is over.

According to Funcom, the following ages will function similarly to seasons in other games. They will have their “own themes, free gameplay updates and paid Battle Passes which replace the current DLC model.”.