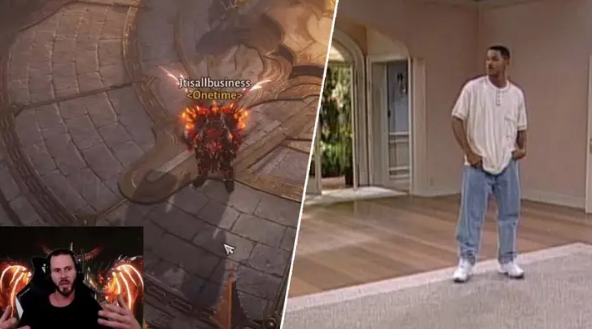 ‘Diablo Immortal’ YouTuber Can’t Get A Match After Spending $100,000 On Gear

‘Diablo Immortal’ YouTuber Can’t Get A Match After Spending $100,000 On Gear.

Money can’t buy friends. We all know that. It’s a common saying in media. We’ve all seen it: The guy who wins the lottery buys more land and builds many extensions to his house. He then buys a fast vehicle and flashes the bling. His neighbors end up abandoning him and hating him, as expected.

This is why online gaming abandons players. It’s not because they are jealous. It’s simply unfair to play online games where you can pay to win. This is what Diablo Youtuber jtisallbusiness discovered recently. Diablo Immortal was released in June and has been controversial for its two-month existence. Microtransactions are not very popular in games, particularly those who prefer to play traditional games where you win by skill and not your wallet.

The interesting thing about the case of YouTuber jtisallbusiness is that his loneliness isn’t due to other players abandoning him. He can’t compete in the game. Diablo Immortal’s PVP will allow players to compete with other players with the same match-making rank.

His clan, OneTimes, is disappointed. They were likely excited to have him as Immortal’s final content. They will need to find another player because the end game requires PVP battles, and the game won’t allow jtisallbusiness to match up against anyone.

It is not surprising that people aren’t sympathetic to the news. This was the top comment made by jtisallbusiness on the video announcing this news: “Congratulations, You just “Won” in a P2W game. You got what you paid. It is hard to disagree.

‘Diablo Immortal’ YouTuber Can’t Get A Match After Spending $100,000 On Gear