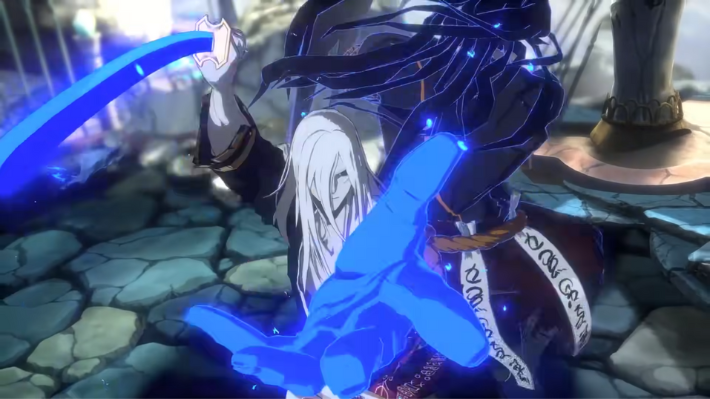 Ghostblade is a darkly samurai character from DNF Duel who is assisted in his quest by the ghost of an immortal warrior. These two combined powers can create deadly combos and arrangements to ensure their carnage never ceases. It is essential to keep an eye on your MP, as this is the only way to summon ghostly aids.

Ghostblade is a mighty, aggressive powerhouse with a wide range of moves. Ghostblade can access every normal attack, except for A. This gives him a wide range of options and excellent utility. Skill Attacks are also included. Ultimate Phantom Slash is primarily a combination piece. However, Spectral Elimination (Crouching/Down+S), an excellent anti-air, and Drive Slash(Forward+s), a tremendous long range punishment that can be used to enter Phantasmal Slayer. This is especially effective when you can corner your opponent.

Ghostblade’s jump attack is also great. Jumping B is an excellent combo starter and is challenging to punish if blocked at maximum range. Cross Slash (Jumping S), on the other hand, is an excellent tool for air-to-air combos that can be started with a Ghost Targeted Hit (Jumping S). Cross Slash (air to air) allows you to land with some advantage. Although jumping A is a good option, it will significantly increase your combo damage and length if you decide to use it.

Two main issues facing this evil duo is: Ghostblade is unable to defend himself if he is knocked down. Ghostblade has two options when characters like the Swift Master or Hitman have invincible pressure reversers. Ghostblade can either block them or use a sneaky Ghost Retracer (Crouch/Down+MP) to escape. If you are in a corner, Ghost Retracer can help you escape. However, it is possible to be caught by your opponents searching for it. You’ll want to play a conservative game, where you should make your opponents’ mistakes your primary priority.

Second, speed of movement is a problem. Ghostblade is slow to move, even when running. This means that you will need to use Ghost Retracer or Drive Slash to get to where you need to go in a pinch. Your positioning should be your second focus to get the best out of your combos. Otherwise, it’s easy for your ghost partner to miss your attack.

It can be challenging to perform combos with Ghostblade at first. Although the tutorial teaches you how to use your ghostly sidekick in fundamental ways, it is crucial to focus on his attacks as glue to help you string yours together. It would help if you focused your combos around the character you control. The ghost will help you chain together your significant attacks. Chaining several Skill Attacks from Ghostblade together can cause significant damage, especially in corners.

Although you can perform flashy combos that cause extensive damage anywhere on the screen, the otherworldly duo prefers consistency to style. It would help if you did not push yourself too hard during combos. Shorter strings are better at moving forward than doing damage. It’s crucial to have the ability to do some severe damage once you have moved a character a reasonable distance towards one corner.

These are some combinations that build on ideas from the tutorial. Ghostblade can be combined into Phantasmal Slayer with moves like Ghost: Sky Slash, Forward+MP,, and the last hit from Drive Slash. This allows you to enhance some of these combos and finish your opponent off early, where there are more chances.

This combo is great for when you need to land a jump B midscreen and do considerable damage. You are also under more pressure with Drive Slash, which places your opponent directly next to you.

You can use this combo to inflict severe damage on your opponent once you have them in the corner. Drive Slash puts you in front of your opponent while they recover, making it easier to keep them in their corner.