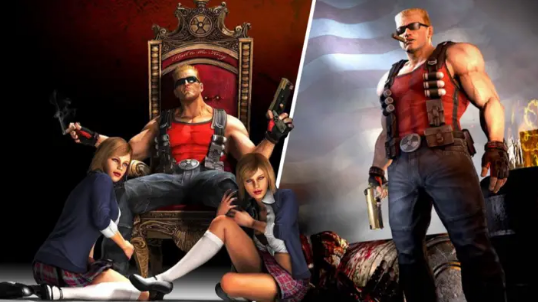 Duke Nukem Forever has been used in gaming circles often as an example of development hell. Between announcement and release, 14 years passed.

3D Realms created it in Quake II. However, the project was very expensive, and two years later, the team decided to switch to the Unreal Engine. The company had to start the project from scratch. Take-Two Interactive absorbed the publishers, and the problems began.

Take-Two (parent company of 2K Games) sacked the team and kept asking why it wasn’t finished. This caused huge resentment, and 3D Realms – the main dev team – announced that Forever would release “when it’s finished.”

The 2001 version has been long anticipated by fans, who have waited for it to be released. This was after 2K, and the Unreal Engine had strained their style. As posted to Reddit’s r/GamingLeaksAndRumours subreddit, people from 4chan have been collecting together everything they can find from the game at that time and are rebuilding it.

It is most of the game playable, and each chapter is part of the game; however, 3D Realms never claimed it was finished. They hope to have all the pieces in one package next month, but not everything is yet available.