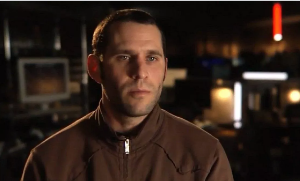 This is big news for Halo and 343 Industries Halo gamers.

Paul Bertone, former Bungie Director, has joined 343 Industries to become the studio technical director. This was announced by Joseph Staten, head of creative at 343 industries.

Paul Bertone was a Bungie senior employee. He was part of the Halo: Combat Evolved design team, then became the Halo 2 design lead, and then assumed the role of the Halo 3 mission designer.

“I am happy to announce that Paul Bertone, a Halo veteran, has joined the team in the role of Studio Technical Design Director. Paul and I first met back in 1999 at Bungie’s Chicago days. We then shipped Halo 1-3 and ODST together. Paul is a great addition to the leadership team at Halo Infinite.

This news comes after many players have switched their focus from Halo Infinite to the older Halo: The Master Chief Collection, due to perceived insufficient content in the former.

343 Industries’ clear hope is that Paul Bertone can bring back some old fans and infuse some Halo charm into their game without losing the original vision.