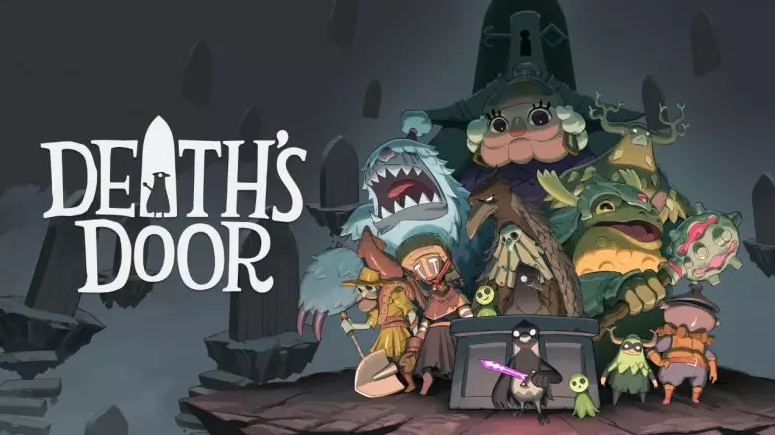 Death’s Door tackles all these questions head-on. It not only tries to help you answer them but also makes sure that your self-inquiries continue to arise long after the end of the terrifying epic. Death’s Door is a captivating game with a cast of charismatic characters and a visual style similar to the stop-motion animations (and yet unreleased Little Devil Inside). It also features a charming soundtrack by Moonlighter’s David Fenn.

Every witty comment in a dark world plagued by immortality lends a playful tone to the grim fable death’s door. It is amazing to see the level of detail! The subtle clanking of furnace pistons in concert with the background music, to the brilliance of only being able to read the bottom text on a wooden sign after cutting it in half, this short incursion into a fledgling harvester of souls’ job was filled to the brim of, ironically, creative spirit. Never before had I been so motivated to explore every corner of a level. Not in the hope of finding some hidden gem, but to see how developers managed to conceal it.

Story – The plot for an (after lifetime) conspiracy

Every autumn leaf is filled with the sadness of death. It’s reflected in bark-armored sages and each tower that crumbles stoically down along hollow chasms. There is still hope in this dark, stagnant realm. Death has stopped.

There is a sense of foreboding from the beginning that there’s more to this bureaucratic acceptance of eternal rest. Inexperienced and curious, you take over a restless crow. It seems like a simple task to reap an assigned soul, but it quickly becomes a complete denunciation of the status quo. Death’s Door is a complex plot that is filled with mischief and greed. It also contains vanity, vulnerability, and the toxic desire for prolonging one’s death date.