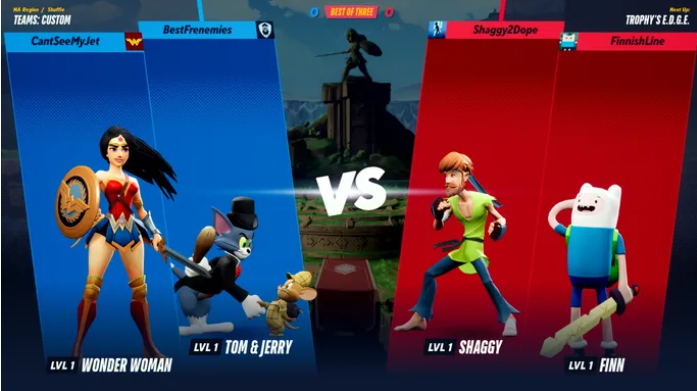 WB Games recently announced that MultiVerses would soon be in open beta! The new platform fighter features a star-studded cast that includes iconic characters and heroes from the WB Multiverse. Each character has its own MultiVerses voice actor.

Each fighter is voiced in MultiVersus, unlike the Nickelodeon All-Star Brawl with its silent characters. Most cases have the voice actor tied to the character in some way, such as having voiced them in animated spinoffs. Mel Blanc will not be reprising his role as Bugs Bunny, but Matthew Lillard will still bring Shaggy to life.

Warner Bros. promised multiple seasons of new content. We may see many more characters in the future, especially if old leaks are any indication.