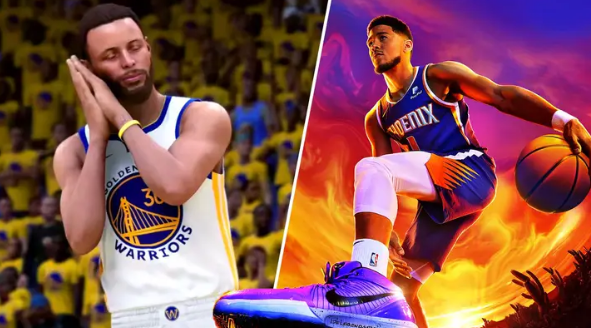 The NBA 2K franchise will be returning to the court on September 9th. There are many new features that players can enjoy. Below is the trailer for the first look.

Many of the NBA 2K23 changes are based on suggestions from the community or how the game plays when someone holds a controller. Mike Wang, Visual Concepts’ Gameplay Director, explains that we value the input of the community when deciding how to make each version of NBA 2K a success. This year’s gameplay enhancements reflect many changes that our community wanted the most.

One example is the introduction of a new difficulty setting called ‘SemiPro’. This is intended to make the game easier for beginners, particularly. 2K’s lowest setting at the moment is “Rookie”, which is often considered to be too easy. You could win the championship even if you didn’t know much about basketball or had never played any sports in your life. Next came ‘Pro’ which could be a bit too difficult. The ‘SemiPro’ skill level is a middle ground, which allows new players to have fun while learning the game.

Wang continued, “From focusing attention on how players attack the basket to more realistic on-ball defence and a new tiered system, all of the features we’ve brought into the game this year will make it an authentic gaming experience that is enjoyable and enjoyable for everyone.”

The development team was concerned that offensive play could be one player, Giannis Antetokounmpo for example, dribbling through all the opposition. A new feature has been added to alter the way you attack. Players will feel a decrease in speed and acceleration after they have performed an explosive sprint. This is a way for gamers to be more creative with their plays, much like in real-life matches. This will reduce the game’s pace but increase your basketball intelligence, which is a good thing.

The inclusion of shooting attributes is another major change for this year. They give each signature jump shot its shooting stats, which help determine its effectiveness. Luka Doncic is one of the most talented young scorers and talents in the NBA. Although his jump shot is very effective, it’s not fast enough to translate into the game. Players want their shots to be as quick as possible. Luka’s shot may be more attractive if he has certain shooting attributes, such as “Defensive Immunity”, which makes it harder for your player to block.

Five new shot meters are available, along with 15 additional that can be unlocked via ‘Seasons.’ Mike Wang explained that he wanted to eliminate any indications that a shot is 100% going in the basket before it leaves the player. You may feel a bit smug if you can see that you are hitting a three immediately, rather than watching the buzzer-beater spin around and not knowing if it’s your turn. Players have become more comfortable with the green flash.