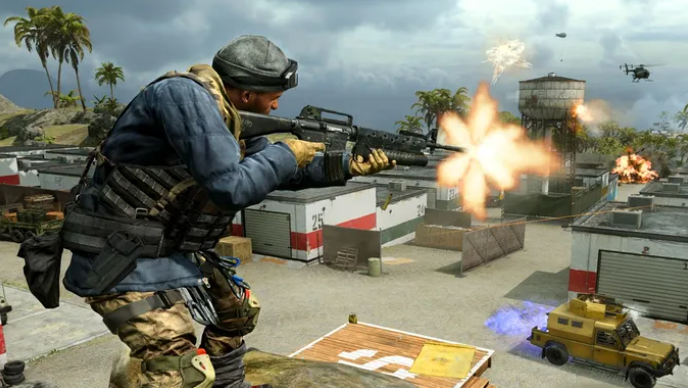 Although it’s impossible to make 129 weapons viable to create a diverse meta, the lack of variety leaves the community questioning why Raven Software hasn’t done more to maintain balance.

Lack of Balance in Warzone Season 4

Although the Warzone developer applied a nerf to the NZ-41, statistics show that the nerf was much smaller than many had hoped. The minimal decrease in recoil recovery means the rifle remains at the top of the meta.

Its dominance means the vast majority of the Warzone arsenal is obsolete. To demonstrate the “good game balancing,” Reddit user “LeBradyyy” shares statistics showing how the NZ-41 outclasses all other Warzone guns.

The lack of weapon variety is nothing new in Warzone. As players find the best guns, it’s hardly surprising to see many gravitate towards one or two weapons to score as many kills as possible.

With Season 4 Reloaded on the horizon, the Season 4 meta is coming under intense scrutiny from players growing tired of the NZ-41 assault rifle dominating the game.

The now-deleted post shows the NZ-41 is still the most popular gun to use despite receiving three nerfs in recent weeks. Thanks to its versatility, sniper rifles and LMGs can’t compete in long-distance duels.

Many are hoping a fourth nerf will restore some balance to the Warzone meta, with some claiming those relying on the rifle will undergo a “reality check” when players “have to actually use skill to control the recoil” to achieve success on Fortune’s Keep, Caldera, and Rebirth Island.

However, there’s always a possibility of another assault rifle receiving a buff which could slot into the hole the NZ-41 leaves behind.

For more Warzone, check out our page for all the latest news, leaks, and guides.