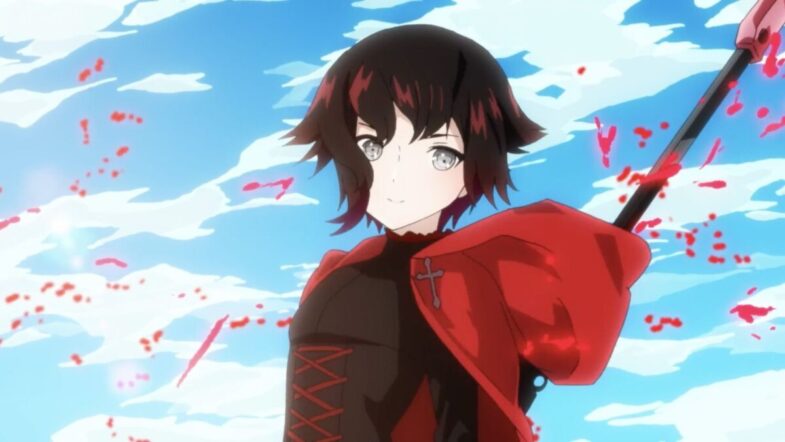 Monty Oum, the late founder of Rooster Teeth, first proposed the idea of an anime-like series about school children fighting monsters to Burnie Burns. He couldn’t have imagined his show’s impact on western and eastern animation. It was also the first Japanese-produced show of its type. RWBY now has Ice Queendom, it’s anime. It’s been almost nine years since the original RWBY trailers were released.

RWBY: Ice Queendom was co-created by Rooster Teeth Productions in America and SHAFT in Japan. These three chapters combine a recap of Volume 1 and new story elements. They include expanding on the relationship between Yang and Ruby pre-beacon, as well as introducing an insidious Grimm targeted at students at Beacon Academy.

For FIRST members, the first three chapters can be found on the Rooster Teeth website. Is also available on Crunchyroll Collection. While the episode is currently only available in Japanese with English subtitles (which seems odd), the original English cast will be able to return to their roles. I will still be enjoying the subbed version, as it feels refreshing.

This episode feels like a one-hour nostalgic trip for RWBY: Volume 1 fan. However, it establishes the foundation for another story that seems to be in line with the original series. A significant update has been made to the soundtrack. The Dust shop robbery opening theme and song, “Beyond Selves” and “Capabilities Unseen” by Void Chords feat L are absolute bangers. They feel very similar in style to the songs performed in the original show by Jeff and Casey Lee Williams.

Some aspects of Volume 1 were removed or edited to make way for Ice Queendom’s plot. This cut Volume 1’s two-hour running time in half. It is replaced by a plot featuring a new Grimm type called a Nightmare. This small spirit invades humans and causes anxiety and doubts while consuming their Aura.