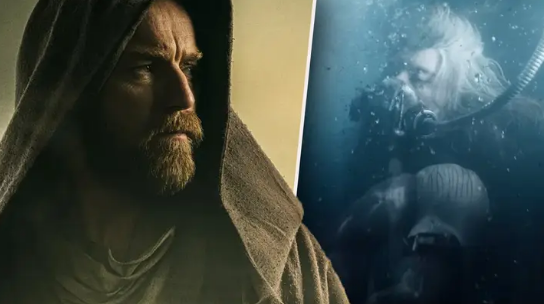 It’s a great week to be a Star Wars Fan. Even if you are unable to make it to Star Wars Celebration (which essentially covers most of us), it is so exciting to watch all the trailers and news from the comfort of your home.

Let’s get to the point. It began by releasing the trailer for Star Wars, Andor. They also revealed when Mandalorian will be released. Respawn Entertainment released the first trailer for Star Wars Jedi Jedi: Survivor. This game seems to confirm a key detail that fans have been begging for so long.

Fans speculated that Obi-Wan Kenobi’s TV series might feature a cameo from Cal Kestis, the Fallen Order’s leader. However, Ewan McGregor, Obi-Wan’s actor, did not comment on how the series would be following the Star Wars game plot points.

Star Wars Jedi: Survivor’s official synopsis states that the game will be played “five years after the events of Star Wars: Jedi Fallen Order.” This puts Survivor approximately 10 years after Revenge of the Sith.

What else has been created 10 years after the conclusion of Episode 3? That’s right, Obi-Wan Kenobi. This can’t possibly be an accident. A Cal appearance seems more probable than ever, considering McGregor’s comments about video games and linking. Obi-Wan, after all, is supporting Jedi on the run following Order 66, which is exactly what Cal does.

Cameron Monaghan, a Cal actor, lent his likeness to the role. This allowed him to easily portray Cal in live-action. The answer lies ahead with four more episodes of Obi-Wan Kenobi.