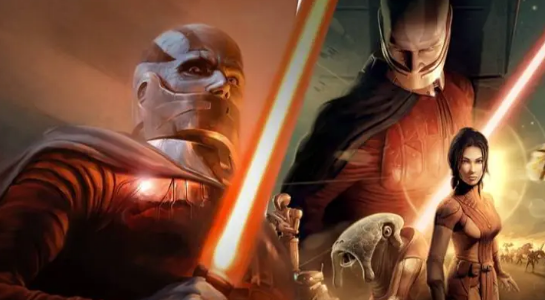 Aspyr has asked another video game studio to help with the upcoming PlayStation 5 remake of Star Wars Knights Of The Old Republic.

Last year, the PlayStation 5 exclusive announced that the remake of the beloved BioWare Star Wars RPG would be available. We didn’t see much beyond a stunning CG reveal. However, we did learn that Aspyr, the creator of the mobile versions of the KOTOR and its sequel, would be leading development.

As we wait to see the game in action for the first time, Embracer Group confirmed that Saber Interactive joined Aspyr in the development.

Matthew Karch, a board member, announced the news at the Q4 financial report of Aspyr’s parent company this month.

“Aspyr has done everything possible to make this the best game they can. He explained that Aspyr was acquired by [Embracer Group] because they knew from the beginning that they would need our help.”

“Saber is a master at creating these kinds of products. We have done it on Halo, on many Halo products. So we have been spending a lot of time with them to bring this title.

Saber Interactive boasts a long list of remakes and ports for some of the most popular games. It has helped with Crysis: Remastered and Halo: The Master Chief Collection. They also managed to get The Witcher 3: Wild Hunt onto the Nintendo Switch. It’s a mystery to me how they did that.

My point is that Saber has a solid track record. They will hopefully be able to work with Aspyr to bring the KOTOR remake that KOTOR remake-lovers have been waiting so long for.