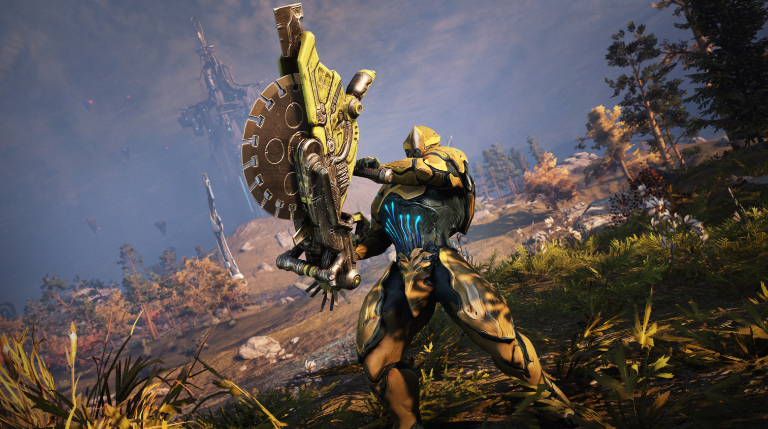 Soon, many players will have a Warframe ‘Ghoul Saw’. Digital Extremes shared the news that Operation: Plague Star will feature the long-awaited (and somewhat less long-promised) melee weapon. You can also ride it like a unicycle and mulch through enemies.

Technically, the weapon was created as part of an in-game event called “Ghoul Purge,” an enemy weapon that allows zombified enemies to ride. Operation: Plague Star takes place in the same open-world area: the Plains of Eidolon. It’s only semi-annual, however. In January 2020, the last Plague Star was dropped. The Infested faction was defeated by players using special bounties. Grineer Clone Troopers dominate this zone. Operation: Plague Star is a great way to shake up the region. It also offers unique rewards for every reoccurrence. Ghoul Saw is one example of such an item.

Warframe developers showed the first mockup of this weapon at a dev stream early this year. Sheldon Carter and Art & Animation Director Geoff Crookes joked about riding this damn thing. This is what Warframe enemies do already. Ghoul Rictus, who wields this diesel engine item, charges high speed and carries its signature weapon. After firing the massive sawblade like a projectile, players will also be able to do this.