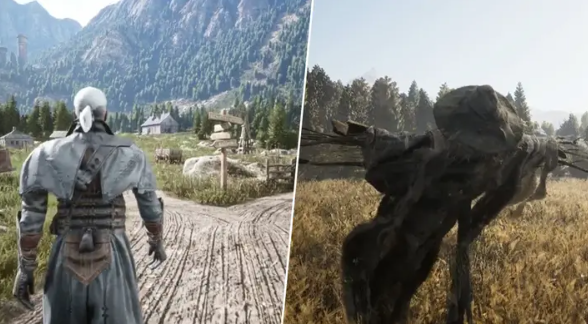 CD Project Red announced that it was in development. We don’t know much about the project, except that it is reportedly not The Witcher 4. So whether it will be a reboot of a character or a new one, we don’t know yet. Fans are desperate for a fourth entry, so they have taken it upon themselves to imagine The Witcher 4.

Who do you know that needs a game? Ciri. Find out why.

YouTuber TeaserPlay released a beautiful concept trailer that shows what The Witcher 4 would look like if it were created in Unreal Engine 5. This trailer shows a variety of Witcher-inspired environments and a Geralt 3D model.

The creator described the project as “HTMO_ The Witcher 4 [..].”

Many fans flocked to the comments and shared their opinions. Piotr M wrote, “The environment seems insane,” while SzymChud added, “If fanmade can look that good… I have high hopes for the next official product.” Samuel Velasco stated, “Gave me the chills,” while BigClout Music said, “This was real,” and was created by CD Projekt. They’re right. It does indeed look great.