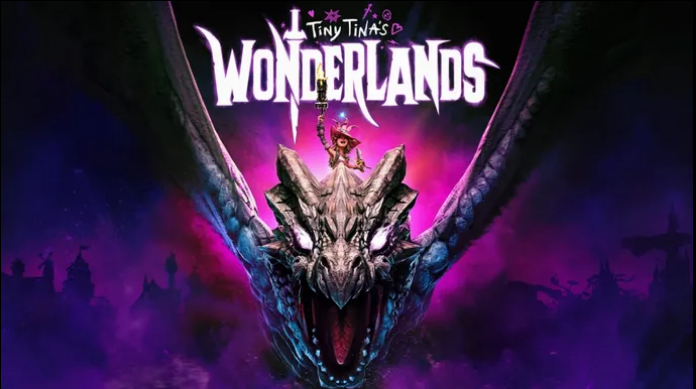 Although it’s supposed to be a “high-fantasy” take on looter shooters, it still features some of your favorite characters from Borderlands.

Gearbox’s official description reads, “In this epic high fantasy version of looter-shooter genre, players can build and customize multiclass heroes as loot and shoot, slash and cast their way through outlandish creatures and treasure-filled, dungeons in a quest to stop tyrannical Dragon Lord.”

“Bullets and magic collide in a chaotic fantasy land brought to life by Tiny Tina. She makes the rules and changes the world as she goes along with players.

“The experience will be shared by Valentine, the headstrong Captain (Andy Samberg), Frette (Wanda Sykes), the rule-obsessed Robot Frette (Wanda Sykes), as well as Tiny Tina (Ashly Burch), who acts as the players’ guide through this unique tabletop world where rules seldom apply. Players will encounter various misfits as they attempt to defeat the Dragon Lord (Will Arnett), including a Bardbarian who plays the lute and their Fairy Punchfather.