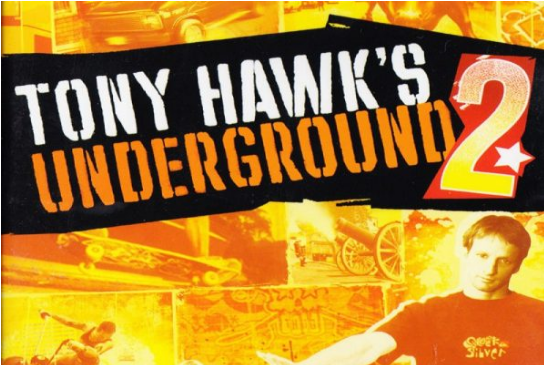 Tony Hawk’s Underground 2 is a video game that is based on Tony Hawk’s Underground. It is the sixth installment of Neversoft’s Tony Hawk series. Underground 2’s gameplay is very similar to previous Tony Hawk games. The player moves in a 3D environment that has been modeled after different cities and tries to accomplish various goals. Many goals require the player to skate on or over different objects or perform combos. Scores can be calculated by adding the points from each trick in a combination and multiplying that number by the number of tricks in the combination. The Focus ability is a new gameplay feature that the player can trigger with a full Special gauge. This will cause their combo to slow down and allow them to control their grind balance better. The Wallplate maneuver was also repurposed to become the Sticker Slap.