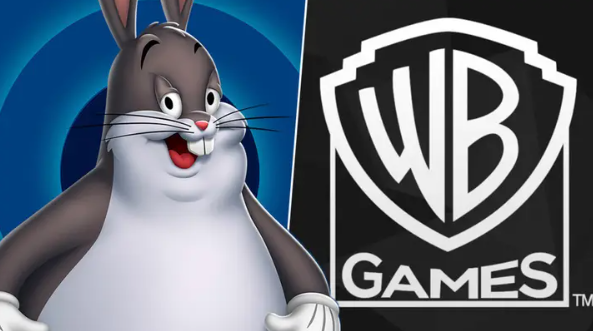 Warner Bros. has trademarked Big Chungus, and we know what that means

Warner Bros. has trademarked Big Chungus, and we know what that means

You already know the truth. It was tough to navigate online in 2018 without coming across many Big Chungus memes. You could find the rotund Bugs Bunny everywhere online, whether it was as a simple, foreboding response image or as a star in one of many (definitely true) video games featuring Dante from the Devil May Cry series.

Watch MultiVersus live in action in this video.

It seems Big Chungus might be heading to a game soon, even though it has been four years since then. Twitter user @the_marmolade shared a screenshot of the trademark they claim would allow Warner Bros. to use the chunky boi to make a game. It was filed on 26 August. However, it does not specify for what purpose.

However, we can all guess that Big Chungus is heading to the free-to-play fighting game featuring a host of Warner Bros.-owned characters like Shaggy, Superman, Finn, Jake, and Batman. It’s unclear if Big Chungus will be added to the roster as a different character or if he may be an additional character for Bugs Bunny.

This is speculation, but it would be hilarious to see it happen. Big Chungus has appeared in mobile titles, including Looney TunesWorld of Mayhem, so this wouldn’t be his first video game appearance. However, we can all agree that the more Chungus in this world, the better.

Advertisement
Warner Bros. has trademarked Big Chungus, and we know what that means