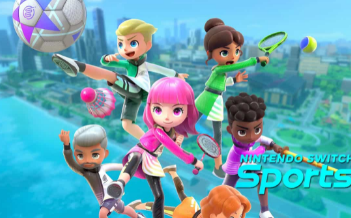 The Trial Mode for Nintendo Switch Sports allows players to play online with no subscription. But there is a caveat. The caveat?

Nintendo Switch Sports’ Trial Mode allows players to play against CPU-controlled Sportsmates in random matchmaking under Play Globally. The number of sports players can not be restricted. Players who play three different sports in Play Globally will be able to queue up for three additional sports as usual.

The Collections available also have limitations. Players can only collect items from the latest Collection if they play in Trial Mode. Players will be unable to access items from previous Weekly Collections if they do not have an online subscription. Players will not unlock new items until they have collected two items.

Pro League is not unlockable because Trial Mode will see players facing CPUs in matchmaking. Players will need the Nintendo Switch Online subscription to play in ranked battles. They will be matched up against real human players.

Even if players have an online subscription, they can still use Trial Mode. They can log in with a guest account to use Trial Mode to practice against CPUs and then face other players.