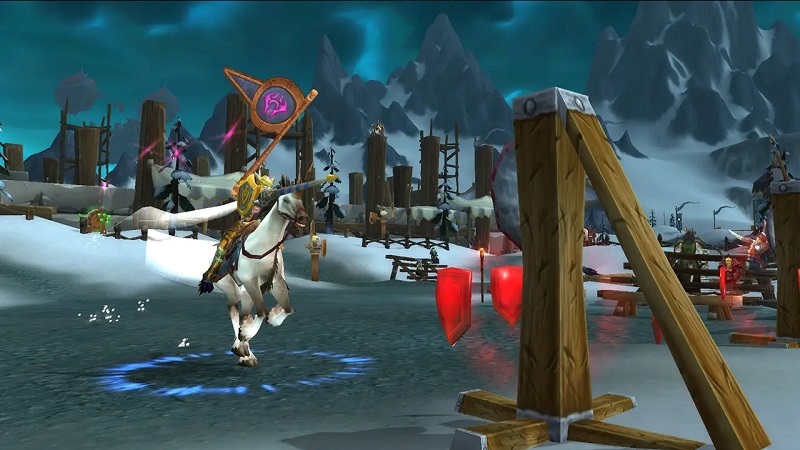 World of Warcraft – Wrath of the Lich King Classic’s Pre-Patch is now available. If you have already levelled an Unholy Death Knight, you may have noticed the annoying ghoul bug in the game.

Unholy Death Knights can access the Raise Dead spell from WotLK Classic that temporarily summons a pet ghoul by default. The Master of Ghoul’s talent will ensure that your ghoul pet stays with you until it dies. It will also give you an undead friend who follows and eats foes. However, the annoying bug with the pre-patch made the ghoul despawn upon jumping onto your flying mount and taking off.

Raise Dead is required every time you dismount your flying mounted. This bug was introduced to level up in Outland. You’ll likely quickly exhaust your Corpse Dust resources, and you will have to wait for the cooldown of 30 seconds.

Although the consumable item may not be the most expensive, it is affordable. However, the bug can annoy those who want to level Unholy Death Knights during WotLK Classic’s pre-patch.

Funny enough, Zozo posted to inform the forum that the bug has not affected the non-talented pet ghoul (which disappears after 60 seconds).

Kaivax, the Community Manager, replied to the thread and confirmed that Blizzard had “been working to fix this, and expects to hotfix it soon.” ”

The hotfix was deployed on September 13. Our ghoul pets should now remember that they are (un)dead and shouldn’t be afraid of their masters taking to the skies.