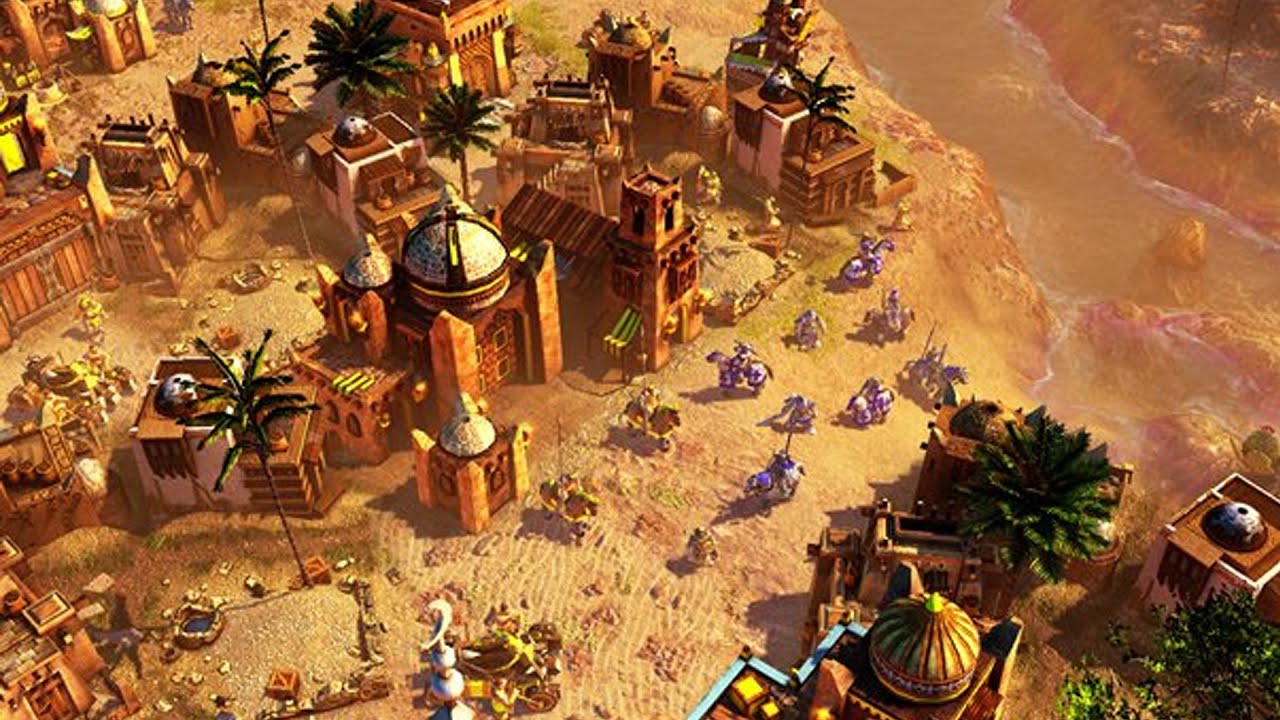 Empire Earth III, a real-time strategy videogame developed by Mad Doc Software and published in Vivendi Games. The game introduces new weapons and units, as well as a free-form campaign structure similar to those in the Total War series. The player moves through history, not just a particular time period, as in Total War. You have three options for customizable civilizations: Middle-Eastern (West), Middle-Eastern (Far Eastern), and Far Eastern. The player can customize each civilization to their liking. Each civilization also features sub-factions that are based on historical countries (e.g. The Far Eastern civilization includes Japan and China. A number of nuclear weapons, such as a nuke cannon, are also new to Empire Earth III. Each region in Empire Earth III focuses on a different style of gameplay. For example, the Middle East features mobile buildings while the West has some powerful units. The Far East, however, has masses of weak units that swarm together with powerful mutants in the future.