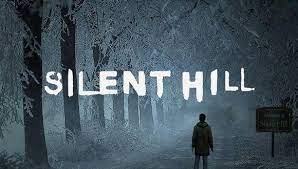 It’s one of the most secretive areas in the gaming industry, but another leak seems to point towards developer Konami creating a new Silent Hill video game.

Online, a teaser trailer has been posted for an upcoming game that takes place in the foggiest town in the world. It’s getting fans talking as the HD video suggests that an announcement might be imminent.

As always, the teaser might be a fake, a fraud or a Pyramid Head dressed in sheep’s clothes. If this is true, Konami may want to hire the faker.

Rumours suggest that the trailer was created at Konami’s shareholder’s meeting. It was uploaded to a Japanese forum and then to Twitter. Twitter account Mr_Rebs_ also indicated that the teaser’s reveal date would be July 12, which is only a few days away.

You can see that the person who made it either works for Konami and is very authentic, or they have too much time and need to learn crocheting. Konami has not attempted to remove the teaser video, nor have they made any statement implying they are aware. Mr_Rebs_ sent a second tweet, stating that they cannot verify the authenticity of the video. We’ll accept this amuse bouche as a joke, but we won’t be able to wait long to find out if it’s true.