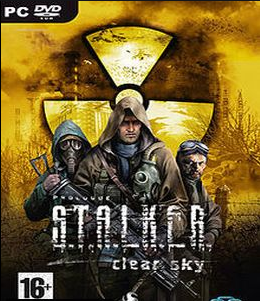 S.T.A.L.K.E.R. Clear Sky is a survival-shooter that has been very popular with players all over the globe and was developed by GSC Game World in Ukraine. Clear Sky is a continuation of S.T.A.L.K.E.R and a complement to “Shadow of Chernobyl,” released in 2007. The player will be transported one year before the events of the original part, at the time when the stalker group arrives, to the heart of the “Zone,” which is Chernobyl’s nuclear power plant. There, a new anomaly appears. The scenario states that the Exclusion Zone atmosphere changes due to the “Grand Release,” and there is no safe place anymore. Energy emissions have literally shaken the “Zone,” which is why the balance has been lost. The old map of the territory is subject to inexplicable changes that cause instability. Several expeditions have been lost, as well as whole groups of stalkers. The remaining factions are now fighting for new artifacts and influence.
The player plays the role of a mercenary. They end up in an unfamiliar and dangerous Exclusion Zone. All the events leading up to the second part will be reconstructed around the main character.