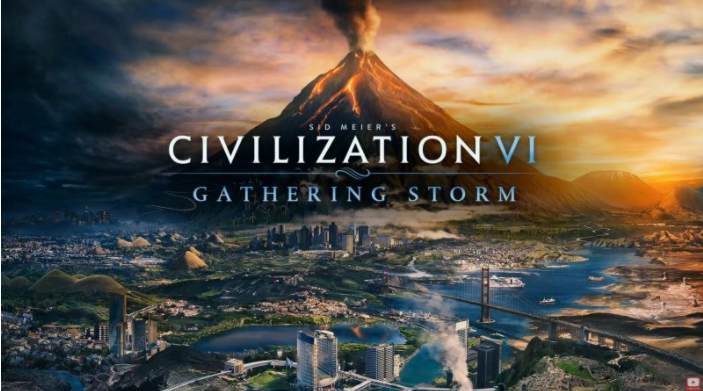 Sid Meier’s Civilization VI – Gathering Storm is Sid Meier’s second official expansion pack for turn-based strategy videogame Civilization VI. Gathering Storm’s expansion focuses on improving the game’s weather and how humans have affected it over the past eras. The player will be required to confront how the environment changes over time. This can be done either randomly or through their actions. The expansion introduces natural catastrophes such as volcanic eruptions and river floods. These natural disasters can be mitigated by players building improvements like dams and sea barriers. Some of these events may also be beneficial for players. For example, tiles that are affected by river floods or volcanic eruptions might have higher yields. A new climate system can affect the frequency of these events. The new Power resource can be used to increase the effectiveness of late-game buildings. This can be done by burning oil and coal. However, this will increase the atmospheric CO2 level, which can lead to more disasters. You will also have the option to explore green power options such as solar, wind, and geothermal power plants. New Technologies and Civics will be added to the Future Era.