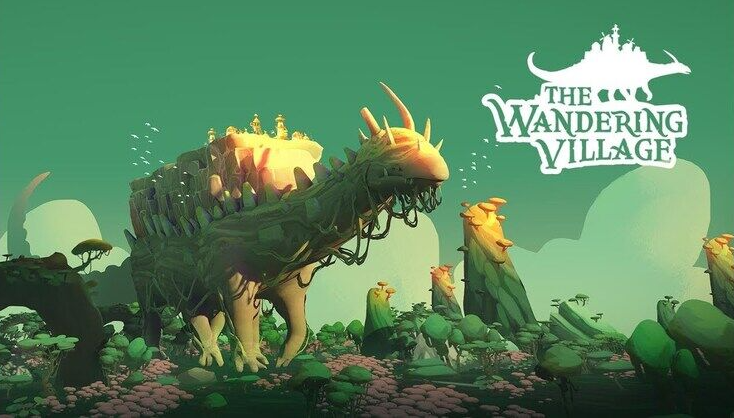 The Wandering Village, a city-builder, is almost entirely built on the fertile banks of an immense prehistoric creature called the Ombu. You employ villagers to feed, house, and heal yourself while the Ombu lumbers along an ailing, poison-ravaged world. The Ombu can move quickly, seemingly unaware of the emerging society above. Yes, the Ombu does stop from time to time and will eventually fall asleep.

On the one hand, the Onbu’s slow march through the deserted world marks the passage and passing of seasons. It travels from hot deserts to lush, humid forests at night. On the other hand, Ombu can measure your success. It exists in a symbiotic relationship with your village where the health and well-being of each are enhanced by the other. The Ombu is not just to be exploited. It needs to be loved and respected. The Ombu, like all the villagers, is a living, breathing creature. If it dies, then everyone else dies.

The Wandering Village invites players on a familiar building cycle that sounds like the Onbu’s relentless shuffle. The plan is drawn up, the storerooms are built, the carpenters and stone masons get workshops, the air wells extract moisture from the air, and the herbalists grow supplies for the doctors. Soon, a research laboratory is opened. This allows for new techniques and buildings to be discovered along the many-pathed branches in the tech tree. To connect the hubs of industry, dirt paths are laid to allow laborers’ movement as they transport wood, stone, and food to the most critical places.

Any restrictions do not limit your village organization. While some buildings cannot be built on grass or dirt, others can be built on both. Each farm can only grow one crop once and on plots within a specific range. Gatherer huts must be located near berry bushes and similar things. Fortunately, village planning does not have to be restricted by the standard supply chain rules in similar games. My instinct was to place my carpenter’s cabin in a grove, but it wasn’t necessary. Any villager who was given the task of cutting down trees or making planks would be able to do the job regardless of where they lived.