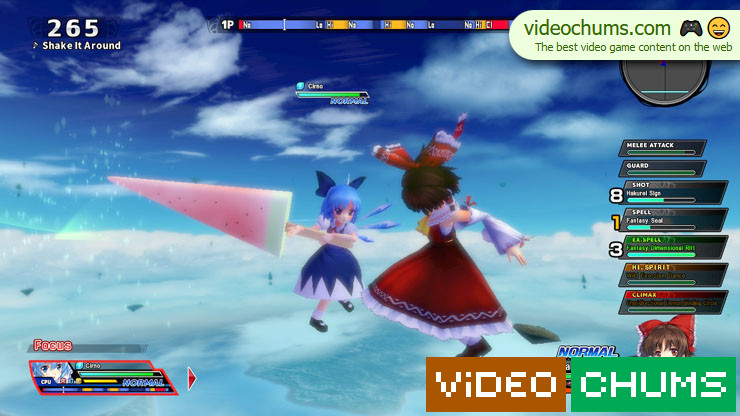 Two types of character cassettes can be used for one character. Even for the same character, the standing character can change slightly.

This game allows players to choose from Eastern characters such as Marisa and Sanae, Purple Mom, and others. The production team takes great care to preserve the classic moves of these characters. Zi Ma’s famous move “Phantom Rhapsody Point” and “Eternal Night Four Layer Enchantment” are examples. 7.5 “Eastern Extract Dream” & No. 8 “Eternal Night in the East” and No. We believe that if you’re an old car with a million passengers, you’ll be moved by it.

One thing is certain, though: this is a tough-core fighting game. While there are many modes available, including battle, survival and sky adventure, battle, survival and online, it is nearly impossible for novice players to play against the computer or compete with other players online. This work is very similar to “Dragon Ball Super Universe,” but the stage is much larger than traditional fighting games, so the learning costs are high.