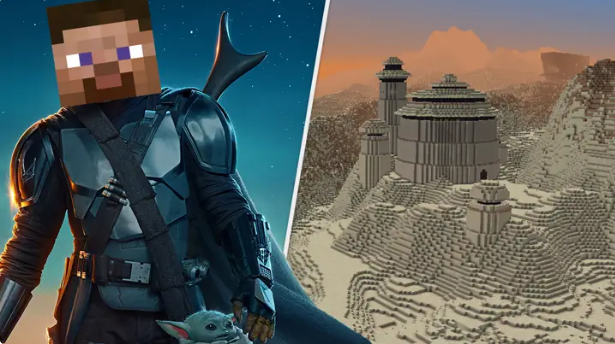 Many would argue Minecraft is the best game ever created. Of course, with great power comes great responsibility. This player creates the entire galaxy from Star Wars, starting with Tatooine and then hopping around from planet to planet. This is the best use of your time.

Minecraft had crossed over to space opera before with the DLC, which gave players the ability to fly in TIE Fighters, X-wings, and 12 planets to the tunes from the licensed soundtrack. This is, however, the work of vistachess, a huge fan who has been working on the project for over a year.

At the moment, Tatooine & Coruscant are the only worlds that have been fully realized in the sandbox simulation. World Paint and World Edit were used to achieve their lofty goal. The worlds are stunning, and the fans are stunned. stated that “I’m struggling to build a house while OP is building a galaxy.”