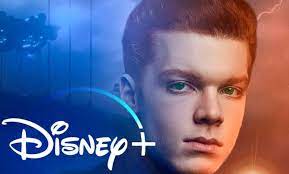 Star Wars fans have had many exciting announcements and news in the last month. It’s an exciting time to be a Star Wars fan.

There could be more than we thought. The Direct Star Wars insider Kristian Harloff posted yesterday on YouTube that Cal Kestis (Star Wars Jedi Fallen Order) might get his Disney+ live-action show.

“Have you said that? Rumour rumour. It was not confirmed. Harloff stated that he got the information from someone he trusted, who had heard of things in the past and told him it was true. The rumour is true, ladies and gentlemen. Cameron Monaghan […] played Cal Kestis, a well-known character. Rumours have it that Disney Plus is working on a Cal Kestis series.

He said, “The rumour has it that [Cameron Monaghan] signed up to play the role from Jedi Fallen Order“ Although no production dates have been set, my source says this is likely to happen.

This would make a lot more sense if it were done correctly. There is a sequel to Fallen Order in the works, and it’s called Star Wars Jedi Survivor. We have our first trailer, as well as a 2023 release window, at the end of last month.

Fans have also figured out that Survivor will be held ten years after the events of Chapter III – Revenge of the Sith. This puts it within the same timeframe as Obi-Wan Kenobi. There is a tie-in, and Cal Kestis could explore it.

Take this information with a grain of salt for now. But fans would love to see it happen.