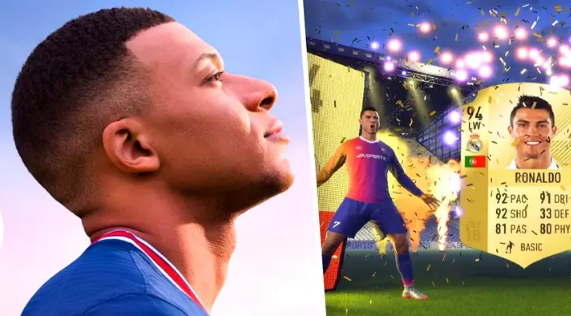 There isn’t anyone who can say loot box is a welcomed addition to games. Chance mechanics are frustrating microtransactions. You might not get the cosmetic, weapon, or character you want, even if you spend a lot of money. Fun!

Many countries have implemented very strict laws regarding the inclusion of loot boxes in games. Yesterday, it was announced that Diablo Immortal would not be released in Belgium or Netherlands. As reported by PCGamesN, 18 European countries have backed a report from the Norwegian Consumer Council. It calls for stricter regulations regarding loot boxes.

This report explains why loot box scams are so successful in preying upon gamers. It also focuses on the reasons why loot boxes exploit people’s feelings of missing out (FOMO), and the sunk costs fallacy (basically feeling like you should continue spending money so that money you haven’t spent isn’t wasted).

The NCC then pulls a specific example of FIFA 22 with the TOTY Kylian Mabappe card. To guarantee this card, the NCC calculated that someone would need to open 847 Jumbo Rare Players Packs, which would cost around PS11,478 (or $14,485).

What’s the result of all this? NCC calls for new regulations that include the banning of “deceptive designs to exploit consumers” and the removal of all loot boxes from games that are likely to be accessed by minors.

The report states that “even though the video game industry is one of the most important entertainment industries, it has often evaded serious regulatory oversight.” “We call for more regulatory action against video game companies that violate consumer rights or prey on consumers’ vulnerabilities.