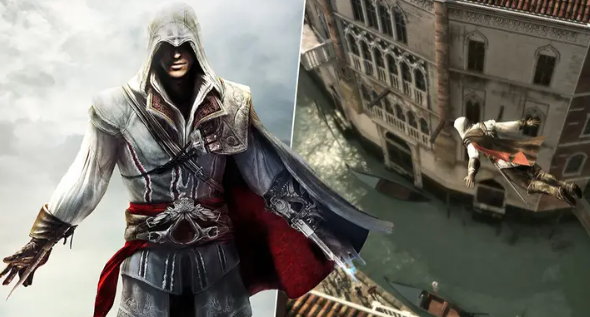 This year marks the 15th anniversary of Assassin’s Creed. The boy, has that gone by fast? Ubisoft has announced that they will reveal the franchise’s future in a Livestream this September. Fans have been speculating on what the next game will look like, with theories suggesting either an Aztec setting or a Japanese one. These theories are not valid. It turns out.

Watch the trailer for the upcoming RPG Where Winds Meet, which has serious Assassin’s creed vibes.

After rumours that it would be called Rift, or infinity, a new leak has suggested that Assassin’s Creed Mirage is the next instalment. YouTuber J0nathan leaked the latest information. He said that fans expect the game to arrive sometime between April 2023 and June 2023.

According to YouTuber, the game will take place in Baghdad in the ninth century and return to “basics.” This is despite many rumours about AC’s next entry. As always, you should take all this with a grain of salt. However, Jason Schreier from Bloomberg backed the claims. He also gave the title Assassin’s Creed Mirage.

Schrier wrote. “A person familiar with the matter tells me that parts of the new Assassin’s Creed leak (such as the name, Baghdad, spring 23, and back to AC basics) are true, but other parts (‘multiple cities for exploration’).” Ubisoft Forward showcase will be held on September 10th, so we should hear official word soon.