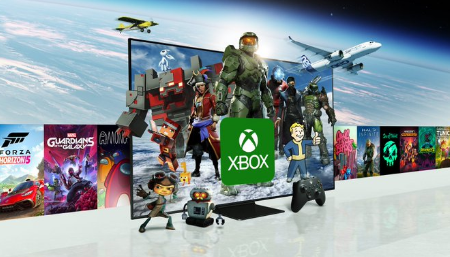 This June, Samsung Smart TVs will get Xbox Game Pass

This June, Samsung Smart TVs will get Xbox Game Pass.

Microsoft is on a never-ending quest for maximum versatility and has just announced another exciting update to its plans to integrate Xbox App into smart televisions. Xbox gamers can log in to the Xbox App via their Samsung TVs and access their favourite games directly through the Xbox Game Pass. To play your Xbox games, you don’t need an Xbox console. Log in to the Smart TV Xbox App, connect your controller via BlueTooth, and get started.

Microsoft first revealed this new feature last June when the brand shared its vision to bring Xbox gaming to the masses through collaboration with global TV producers. Microsoft and Samsung have partnered to bring the Xbox Game Pass to millions of Samsung Galaxy phones. They’re now partnering up again, but this time they offer the same functionality through the new lineup of Samsung 2022 TVs.

The new Xbox app, which will be integrated into Samsung 2022 Smart Televisions, will offer Xbox games new possibilities to play. This includes console-less gaming via Cloud. Although this isn’t a new idea, it will mark the first time the app has been integrated into the TV’s menu system.

How does it all work?

Microsoft recently published a news article that showcased the simplicity of its design. Follow these steps from Microsoft to get started.

It’s that easy – and it sounds like a major win in the battle for console hierarchy. It’s possible to test the service with a new Samsung Smart TV at a very low cost compared to traditional Xbox gaming.

This June, Samsung Smart TVs will get Xbox Game Pass