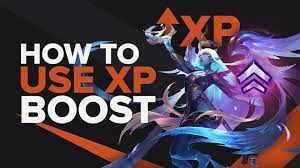 We live in a world where multiplayer games offer many incentives to players to continue playing for weeks and months. These features will be around for the long-term, regardless of whether you agree or disagree with battle passes, weekly and daily challenges, and time limits that keep your attention on one game only.

You can get boosters that increase your XP and your battle pass progress, or even your in-game currency, to make games more interesting. Most boosters are real-time and will not give you the benefits for as long as you want. This feels anti-consumer and disrespectful to players’ time and energy.

This is a noticeable trend, especially since I have been playing a lot Rainbow Six Siege lately, which has both Battle Pass point boosters as well as Renown boosters. These are the in-game currency that unlocks operators and certain cosmetics. Battle Pass boosters are active for three days. Renown boosters last for one, three, seven, thirty, and 90 days depending on how much R6 Credits you spend.

Siege is not the worst offenders for activating boosters. However, it triggers additional benefits for your teammates as well. You’re more likely to get the most out of your booster if you offer them for an entire day. You still have to play the game, or you’ll lose your booster. But it can be argued that 24 hours is enough time to get the results you desire.

Halo infinite is the worst offenders. Although it may have the right idea of making Battle Passes a permanent purchaseable item, the fact that XP boosts only last an hour is absurd. I had several instances where I activated a booster and spent 10-15 trying to get into Big Team Battle matches because that was where my challenges were. The fact that the match time is not a factor in how long it takes to make a match or deal with technical issues means that any time you spend matchmaking or dealing about technical issues is wasted time, especially if those boosters cost money.

Naraka: Bladepoint is the only game that has managed to demonstrate how XP boosters should be used, shockingly. It was recently released on Xbox as part Game Pass. This hybrid battle royale/ samurai slasher is packed with diversions and challenges to keep your attention. It also features XP boosters that activate on a match by match basis. You can activate a five-match XP booster and it will be active for five matches. You can also use timed XP boosters, but having the option of the other boosters gives players some choice.

It’s becoming increasingly difficult to enjoy multiplayer with all the weekly challenges and constant progression via battle pass, and still find the time to go on epic single-player adventures. I’d love to dive into Dragon’s Dogma but I foolishly bought the Siege battle pass. I’m not able to play any other game until I have used my boosters properly and reached tier 100.

Developers need to retain players in multiplayer games. Booster’s operation in the manner it does makes financial sense. But, it’s really nice to have a game like Naraka that allows you to leave the game open to your friends. It’s easy to log in and do your daily challenges, while still having your XP booster available. Instead of waiting for it to finish, it can be done right away. While I don’t think multiplayer games should all go for this match-by-match booster approach I would be happier with Siege if it was based on how many matches were played and how long they were played.